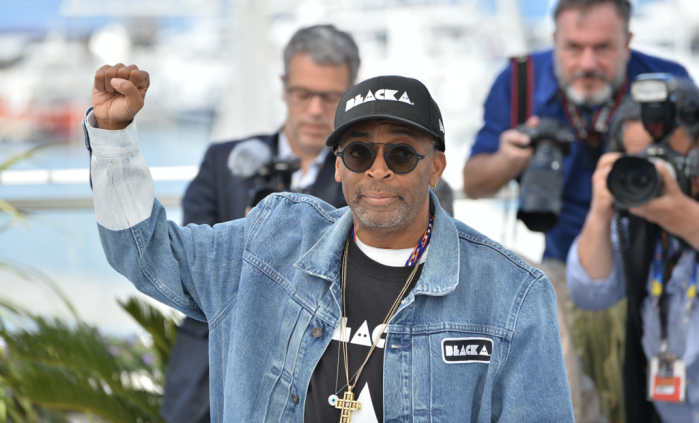 Congratulations are in order!

The Cannes film festival is the largest festival dedicated to premiering new films in the world. Lee has premiered seven of his films there beginning with “She’s Gotta Have It” in 1986, which won the youth prize at Directors’ Fortnight.

Lee credits much of his global success to the festival.

“To me the Cannes film festival (besides being the most important film festival in the world – no disrespect to anybody) has had a great impact on my film career. You could easily say Cannes changed the trajectory of who I became in world cinema,” he said in a statement to the press.

The “Do the Right Thing” creator is the first person of African American descent to head the festival in its 73 year history.

“I’m honoured to be the first person of the African diaspora to be named president of the Cannes jury and of a main film festival. [I’m] shocked, happy, surprised and proud all at the same time,” Lee said.

Many of the most prominent film festivals have faced criticism in recent years for their lack of diversity, on and off camera. In 2018, actresses and women filmmakers protested at Cannes for lack of equality in the film industry. Lee was vocal in his support of the protest.

Thierry Fremaux, the Cannes festival director said it is that type of voice, that makes Lee so necessary and invaluable.

“Cannes is a natural homeland and a global sounding board for those who awaken minds and question our stances and fixed ideas. Spike Lee’s perspective is more valuable than ever. Lee’s flamboyant personality is sure to shake things up,” he said.

In addition to his appointment as President, Lee is also set to receive a Palme d’Or, the festival’s lifetime achievement award. The 2020 Cannes film festival is scheduled to be held in May on the French Riviera and while it is not open to the general public, they are still accepting film submissions at http://www.festival-cannes.com.